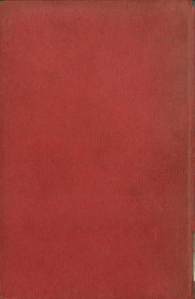 I bought this unassuming edition for £2 from the excellent Dormouse Bookshop on Elm Hill, Norwich – where there is a great crime selection if you’re ever passing. It’s a Gollancz ‘cheap edition’, 21st impression from May 1953.

I like this book, largely because Sayers downplays the over-educated, over-moneyed, over-civilised aspects of her characters. Frankly I do find much of her work smug, but this is a refreshing change.

The eccentric Mr Bredon, with his ‘marvellous shirts’, silk socks, and ‘shoes from Rudge in the Arcade’, doesn’t quite fit the impoverished copywriter mould, but he soon establishes himself as an office favourite.

It quickly becomes clear that Mr Bredon has a keen interest in Mr Dean and the circumstances of his death. Murder Must Advertise tells the story of his investigation.

Soon Bredon has infiltrated ‘the de Momerie crowd’, the set of Bright Young Things befriended by Dean before his death and is on his way to uncovering the secret at the heart of Pym’s.

This isn’t a simple crime novel, though. Sayers uses it to explore advertising and its place in society. Ad-speak (1930s-style) permeates the text. Bredon’s fellow copywriter Ingleby keeps a satirical eye on the industry.

‘”We spend our whole time asking intimate questions of perfect strangers and it naturally blunts our finer feelings. ‘Mother! Has your Child Learnt Regular Habits?’ ‘Are you Troubled with Fullness after Eating?’ ‘Are you Sure that your Toilet-Paper is Germ-free?’ ‘Do you ever ask yourself about Body-Odour?'”

But the examination of advertising goes beyond light satire as Bredon considers the industry’s place in (and responsibility for) the consumer society, and also draws direct parallels with drug-dealing.

‘”Suppose you push up the smoking of every man and woman in the Empire till they must either stop or die of nicotine poisoning?”
“We’re a long way off that.” replied Mr Pym seriously. “And that reminds me. This scheme should carry a strong appeal to women. ‘Give your children that seaside holiday by smoking Whifflets.’ That sort of thing. We want to get women down to serious smoking. Too many of them play about with it.”‘

Dorothy L. knew what she was about. For much of the 1920s she was a copywriter at a London ad agency, and amongst other jingles worked up ‘Guinness is good for you’.

She even cheekily mentions one of her own campaigns in Murder Must Advertise -‘It’ll be the biggest advertising stunt since the Mustard Club.’ See more on the Mustard Club here.