Posted on September 1, 2012 by pastoffences 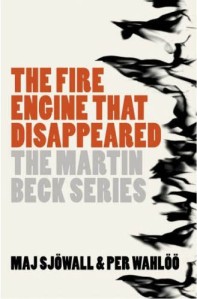 This post is related to Kerrie’s meme at Mysteries in Paradise.

August began theologically as I read two chronicles of Brother Cadfael and reacquainted myself with a random selection of Father Brown stories.

A Morbid Taste for Bones and The Leper of Saint Giles are the first and fifth chronicles of Brother Cadfael, the stout-hearted Benedictine monk who turns his hand to detection in medieval Shropshire, and who was a TV favourite in the 90s. Both titles make it onto the CWA list of the 100 greatest crime novels, yet I found Morbid Taste to be unsatisfying when considered as an investigative novel, and Leper to be startlingly similar, if a better story. Three stars and four stars respectively. I’d read more Ellis Peters, but I wouldn’t necessarily hunt them down.

I have a long-standing affection for G. K. Chesterton and his dumpy creation Father Brown, but I am exempting them from Pick of the Month because I didn’t read a full book’s worth.

I continued my month’s reading with the Sjöwall and Wahlöö classic The Fire Engine that Disappeared. There doesn’t appear to be a bad book in this series of 10 police procedurals with a political edge and a dry sense of humour. Fire Engine is the fourth in the series and finds Martin Beck and his collection of grumpy colleagues investigating a case of arson in Stockholm  which leads them to an international criminal organisation. Although The Laughing Policeman is still my favourite, I think this one is a funnier book. Five stars.

I stayed in Europe for my next book, Fred Vargas’ The Chalk Circle Man. This is the first Commissaire Adamsberg novel, and finds him newly arrived in Paris and trying to win his team over to his dreamy, illogical (and frankly unprofessional) style of investigation. The crime is typically eccentric, but not does not have the supernatural flavour of the later stories. A mysterious man is drawing perfect chalk circles around random objects found abandoned on the streets of the city. Before long, the police find a body inside one of the circles, and Adamsberg and his new friend Danglard set to work. Three stars.

A writer with a number of similarities to Vargas is the UK’s Christopher Fowler, whose superannuated detectives Bryant and May (essentially two Golden Age detectives transported to modern-day London) also deal with off-beat and seemingly illogical crimes. The tenth in the series, Bryant & May and the Invisible Code, finds them dealing with something entirely unexpected: the civil servant who has devoted his career to shutting down their unit asks them to find out why his wife is behaving strangely. Four stars.

My pick of the month? Kind of given away by the picture at the top.