A few weeks ago I was delighted to be contacted by James Long of Bello Books, with an offer to look at some of their e-books.

We are a digital imprint, designed to use digital publishing technology to bring back out-of-print masterworks on a shoestring, all of which means we can send you any of our titles as an ebook but we’re a bit limited in terms of print copies. I hope you are an e-reader!

I chose to review The Department of Dead Ends by Roy Vickers, a book I’d been meaning to read for a while. But I also thought it would be interesting for Past Offences readers to get a bit of a look ‘under the hood’ of this kind of publishing operation, so I asked James if he would like to be interviewed. 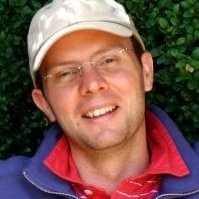 What does a Editorial Director do, and how did you come to work on the Bello list?

As Bello is a digital imprint for backlist only, my job as Editorial Director is sort of a new one, although I imagine it’s not that far from a traditional Estates publisher role but with a digital slant to it. If we look at the life-cycle of a Bello title, then what I do is first talk to agents about potential titles for the list and once these are confirmed we prepare them for publication. At this point my colleague Lizzy takes over, who is the Digital Production Editor for Bello and she progresses the production, checking and release of the titles in both ebook and print-on-demand formats.

In the meantime, I’m working with our marketing, sales and publicity team to plan how we will get the word out about these books and get readers to start downloading and reading them. We’re focused on connecting with enthusiasts, such as yourself, and with communities of readers who have an interest in particular authors or categories, e.g. vintage crime fiction. And we’re always looking for ways to raise the profile of both the individual authors and the Bello brand in general. We want to both remind previous readers of these authors about their books and also lead new readers to these masters of the genre. For anyone who wants to hear about our authors, I would encourage them to sign up to our Bello newsletter.

I have been working in books and digital publishing one way and another for my whole career, from dusting shelves in the library at school, to selling second-hand books at university, and most recently, running the ebook programme at Pan Macmillan. So for me, Bello is a natural next step in terms of making the most of my skills and experience and also gives me an opportunity to grow as a publisher.

How did the idea for Bello come about?

Bello was the idea of Jeremy Trevathan and Sara Lloyd, and began as a project of the Macmillan Innovation From Within programme. The imprint was launched in partnership with Curtis Brown initially and has since expanded to include new partners. You can read more about the launch and early days of the imprint on our site.

The idea of Bello is simple and elegant – to use digital publishing technology to bring great writing back to readers.

I know Curtis Brown is one of the bigger literary agencies, and that you’ve just signed a deal with them. Which crime authors will this bring back into print?

Curtis Brown were actually our launch partner in 2011/2012 and we recently agreed to publish a number of authors with Gregory and Company [see Bello’s anniversary press release]. Both agencies are known for the quality of the crime writers they represent.

Without meaning to overwhelm you with names, here is the list of crime authors currently published (or forthcoming) on Bello:

Are you purely doing digital editions? What about print on demand?

Why did you opt for a generic cover rather than reproducing original covers or creating new ones?

Well on the one hand, a branded cover look helps us to establish an identity for Bello, and to group authors and titles together for readers by genre colour. On the other hand, it helps to keep costs down dramatically and enable us to publish a lot more titles than we would be able to if each cover were bespoke. 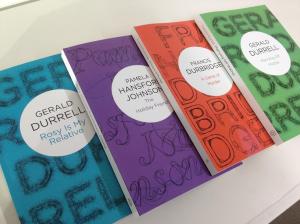 Are you delving into Pan Macmillan’s backlist too? I imagine the Pan list is a good source of authors…

Pan Macmillan’s backlist is already digitised but we are starting to look at what we call the ‘deep backlist’ to see which authors and titles would benefit from being brought back up in to the light on the Bello list. The first of these will be four titles by Barbara Pym, which will complement authors on Bello such as Pamela Hansford Johnson, D. J. Taylor and Gillian Tindall. I should mention, in relation to this, that although more than half the Bello list is crime fiction, we do also publish some fantastic saga, historical fiction, literary fiction and narrative non-fiction.