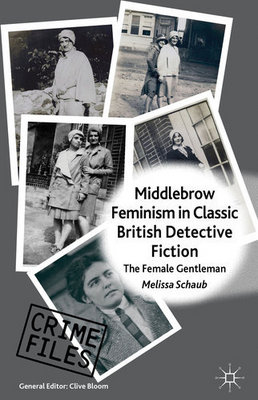 Not my April 1st post, just news of a new academic study of classic crime fiction. Middlebrow Feminism in Classic British Detective Fiction is by Melissa Schaub, an academic at the University of North Carolina. She says:

After I had read so many of these books, I noticed the same kind of character appearing in them over and over again. I call it the female gentleman. During [World War One], they worked in men’s jobs; it was a role switch that continued after the war. They even dressed in more ‘masculine’ clothing. The women in these stories drive cars fast, and they take risks. Intrepid is the word I would use for them.

1 Response to The Female Gentleman