Posted on October 2, 2013 by pastoffences 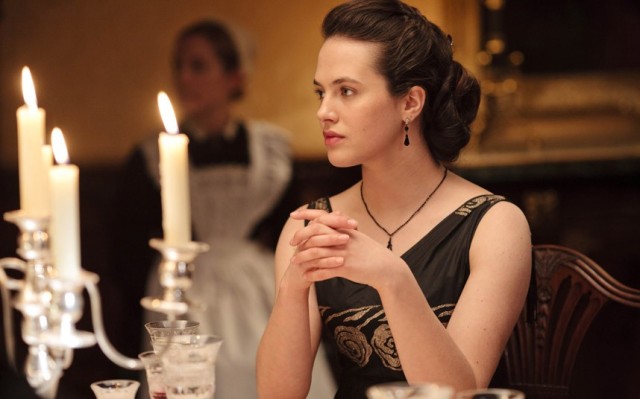 News reaches me from the Guardian that Jessica Brown Findlay, who starred in something Mrs Offences watches (not the midwives: the butler one), has been cast as Mary Yellan in the BBC’s new Jamaica Inn.

News of this also appeared in the Westmorland Gazette last week, which suggests the Guardian showbiz team should pull their socks up, turn off Breaking Bad, and start copying and pasting press releases. Or those Westmorland boys will be after their jobs.

JBF will be appearing alongside Matthew McNulty, presumably playing the dashing horse-thief Jem Merlyn as the ‘edgy’ one in a boyband.

It looks like Sean Harris will be playing the giant abusive smuggler Joss Merlyn. It’s a crucial role and requires the acting turned up to 11 (Brian Blessed would have been great). However, Sean Harris is no stranger to intimidating roles, from a psychopath in Creep to psychopath Ian Brady to most recently a psychopath in Southcliffe. That’s a cheap crack – he’s really good.

Want to know more about Jamaica Inn? Here’s my review of the Daphne Du Maurier original.

From the Cornish Guardian: Images of the filming on Holywell Bay in Cornwall.