I’ve been down in London this week at the Book Fair for the day job, but I did get the chance to pick up some classic crime news. 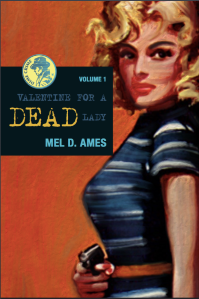 I chanced by the stand of Canadian publisher Mosaic Press and was tempted in by a new edition of Harry Kemelman’s The Nine Mile Walk. This is one of my favourite reads last year so I’d recommend looking out for this.

Mosaic is also launching a new series called Dime Crime with two volumes. Valentine for a Dead Lady collects together Mel D. Ames stories from Mike Shayne’s Mystery Magazine, featuring Lieutenant Cathy Carruthers. The second title, Songs in the Key of Death, is an anthology of 5 stories by William Bankier. 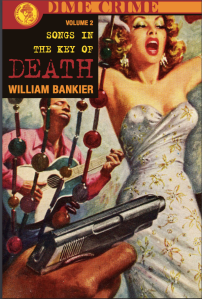 For over thirty years, starting in the 1960s, Bankier’s love affair with music mixed with his hard-boiled crime stories to produce some of the most exhilarating and dramatic crime fiction of his generation. Ellery Queen himself declared, “No one in the genre writes about music better than William Bankier.”

A third title of interest to classic crime buffs is Investigating Sherlock Holmes by Clifford S. Goldfarb and Hartley R. Nathan. This collects 37 of the authors’ Sherlockian essays:

Here, the reader can explore how two superb legal minds dig deeply into the mystique, the details, the vagaries, and the solved and unsolved mysteries of the Sherlockian world. At once humorous, serious, scholarly, and yet whimsical, these papers and essays will delight everyone.

3 Responses to News from the London Book Fair: Dime Crime