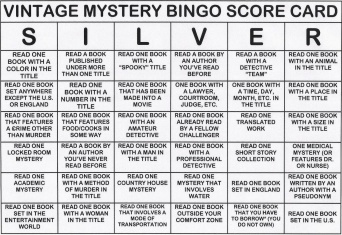 The rules to the 2014 Vintage Mystery Reading Challenge are explained over at My Reader’s Block. Basically I decided to complete the Silver bingo card which covers books first published in the period 1960 to 1989.