Every month on Past Offences, as part of the Crimes of the Century strand, we review books and movies from a particular year. Appropriately for a month which saw the first (hopefully) Bodies from the Library conference, we have been looking at a year at the very heart of the Golden Age, 1934 – chosen by Bev at My Reader’s Block.

Bev dared to read Harry Stephen Keeler’s The Riddle of the Traveling Skull, deciding it…

pretty much has it all–jammed in every which way. This is one of the craziest concoctions I’ve ever read. Keeler seems to have no regard for the standard storytelling method and definitely doesn’t subscribe to any of the “rules of detection fiction” that were bumping around in the Golden Age. He’ll bring in Chinamen, have all sorts of coincidences, make you suspect the butler (valet)…and according to rumor even wrote a book where he introduced the murderer on the very last page. The only thing that’s missing is the secret passage.

Ben also brought us Helen Reilly’s The Line Up,

After Reilly presents us with a nicely done police procedural in which we follow McKee and company as they track down clues and make connections between the suspects, she gives us a lovely wrap-up in Golden Age style. McKee calls the group together, runs through all the evidence (pointing first here and then there), and finally springs a surprise witness or two on them. It’s quite fun and when the dust settles and the villain is unmasked, we see that Reilly has also played fair with us.

On to one of the Golden Age’s crime queens now.

John reviewed Ngaio Marsh’s A Man Lay Dead, a country-house mystery featuring a game of Murder in the Dark…

You’re way ahead of me. That evening the gong sounds and, when the scattered guests arrive in the hall, they discover the murder is for real. Stretched out in front of the gong is Charles Rankin, stabbed through the heart by a ceremonial knife he’d brought to the house with him to show Sir Hubert.

It’s not a terrible story, but you would not have been betting on the author becoming a Queen of Crime and producing a considerable body of work… 1934 details – on a visit to a restaurant, Nigel has to sit at a table at the back because he is not in evening dress, and there is an implication that he and his partner can’t take to the dance-floor because not smartly enough dressed.

Crime Queen #2. Tracy at Bitter Tea and Mystery read Margery Allingham’s Death of a Ghost, the one in which the long-dead painter Lafcadio seems like the most dominant character in an artistic commune.

There are many other eccentric characters to enjoy here. Belle, Lafcadio’s wife, is central to the story. I loved her goodness, the way she felt responsible for the women who live with her and others who have cottages on the grounds of Little Venice, her home. They all depend on her generosity to live in comfortable circumstances. There is Donna Beatrice, who was a model for Lafcadio and sees herself as more important to his work than she was. There are the Potters, an artistic couple, and Fred Rennie, the man who made Lafcadio’s secret paint recipes. Max Fustian is the art dealer who represented Lafcadio before his death and was commissioned, along with Belle, to handle the exhibition and sale of each of the twelve pictures. He is another unusual character, affected and self-important.

This is a terrific thriller. Allingham wrote some splendid mysteries, but I’ve come to the conclusion that her thrillers — like this novel, Traitor’s Purse and of course The Tiger in the Smoke– show her at her best. I think she probably achieved this through her deft ability to portray character: I last read Death of a Ghost perhaps forty years ago, so obviously remembered very little of the plot, but I did recall the characters — notably Belle, Max Fustian and Linda (who I thought and still think is red-hot — an aesthetic conclusion with which Campion evidently agrees).

The more I read of the Golden Age, the more I appreciate the variety of tale. I was under the impression that the majority of Golden Age detective fiction basically followed the Christie format, with the villain unmasked and taken away at the end of the tale. But while Christie, Carr, Queen and Marsh all followed this format, it seems that a number of others didn’t.

And you can’t get more Golden Age than this. Lucy at the Art of Words read Agatha Christie’s Murder on the Orient Express, aka the silly one…

Yes, the first-class coach gets stuck in a snow drift, and Ratchett is found dead in his compartment with multiple stab wounds. Mrs Hubbard throws hysterics, the Princess calls for mineral water, and M. Bouc begs Poirot to hold an inquiry. Clues abound, including a lace handkerchief, a uniform button, and a half-burned piece of paper which Poirot reconstructs using an old-fashioned hat box. 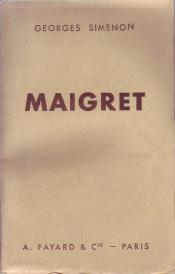 Jose Ignacio at The Game’s Afoot read Maigret (aka Maigret Returns) – the publisher of which couldn’t afford an artist, by the looks of things :-).

Georges Simenon wanted, with this book, to put an end to the adventures of his famous commissaire. Fortunately Simenon changed his mind and, after an eight year break, he continued writing until completing a total of 75 novels and 28 short stories featuring Chief Inspector Jules Maigret.

Title of the month goes to The Strange Boarders of Palace Crescent by The Great Impersonation author E. Phillips Oppenheim, reviewed at A Hot Cup of Pleasure.

Roger Ferrison, a young man who is struggling to make ends meet, takes up lodging at Palace Crescent, a lodging house run by Mrs. Dewar and her competent butler, Joseph. The place is unpretentious and the lodgers are ostensibly hard-working men and women with regular jobs and small pockets. However, on the first night, itself, Roger discovers that five of the lodgers are absent from the place. Where can they be so late in the night? 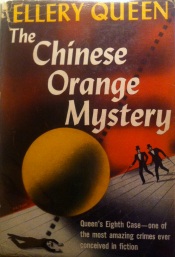 He’s also aware of the gulf that exists between the style of detective fiction from which he was born and the hardboiled style that was beginning to make itself felt, initially through the pulps and now even in proper hardcovered books:

Col came out of left-field with satirist and screenwriter Nathanael West’s A Cool Million:

Readable, enjoyable enough. I liked Lemuel but kind of felt there wasn’t an awful lot of point in rooting for him. Terrible deeds befall him and the girl of his dreams, but his unshakeable optimism endures. Looking at a few reviews of this over on Goodreads, I’m led to believe West was pouring scorn on the typical American Dream and the belief that anyone could make it rich in the US, the only thing stopping them was themselves. Hard to disagree with that notion. 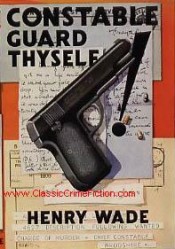 The way the characters talk to one another, the detail of the police relationships both professionally and personally, and the urgency with which the police behave towards finding the killer of one of their own are all hallmarks of a thoroughly contemporary crime novel. Remove the talk of World War I and this might read like any modern day bestseller.

The other John, at Noirish, had a bit of a 1934 season, posting no fewer than four film reviews. 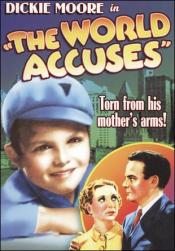 John started us off with The World Accuses, which concerns a mother assuming a false identity to get close to the son her evil mother-in-law took off her in court.

Rich in suds, this is not by any stretch of the imagination a good movie, but it’s a very entertaining one. There’s plenty of plot to keep the proceedings rattling along and, while some of the supporting performances stumble rather than stride, the principals cope fairly well—as do Bedford as the nursery assistant, Cora Sue Collins as one of the moppets and Edwards as the mother-in-law from Hell.

This was followed with, ahem, an ‘athletic’ comedy named Search for Beauty:

The movie, much like Health and Exercise magazine, is quite surprisingly racy in places, complete with a few naked bottoms as male Olympic athletes scamper to the showers. When Jean checks out the handsomeness of a trunks-clad Don through a pair of binoculars, her focus is not on his face. The rear views of the shorts that the female Body Beautiful champions wear for the Symphony of Health and afterwards don’t leave a whole lot to the imagination.

Hollywood Mystery: “Now, what we’re going to have in this picture is realism, and by ‘realism’ we mean the real thing. We’re going to get the best-looking, toughest gangster in the country to play the leading role in this picture. The papers’ll eat it up and the dames’ll go nuts.”

And Ticket to a Crime

A minor, moderately entertaining comedy mystery of the kind that the Poverty Row studios churned out seemingly by the dozen during this era, this is saved from complete mediocrity by the appeal of its two leading ladies, who seem somehow a cut above their male counterparts.

My own entries this month were Agatha Christie’s Parker Pine Investigates and Alan Melville’s theatrical Quick Curtain, recently revived by the British Library.

On an odd note, it seems Alan Melville made a big impression in Brighton, where he moved to in 1951, as it appears he has a bus named after him.

Next month we will zooming forward to read the terribly up-to-date 1987 (chosen by Col), a year in which I was probably very spotty.

The ones that got away… some big titles here: 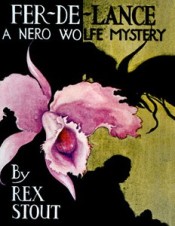