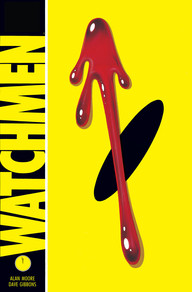 I’m always keen to get some comics in Crimes of the Century, and I’m happy to report that 1987 marked the first publication of one of the best graphic novels ever – and it’s a mystery.

This is a crime blog, so I’m guessing many of you won’t be too familiar with comics (I’m no expert, but I can’t help reading them), and therefore you won’t know about Alan Moore.

Alan Moore is frequently described as the best writer in the field. He’s an ‘occultist, ceremonial magician and anarchist’ with an spectacular beard and spooky eyes. Well worth looking up if you don’t know about him. He has written for mainstream titles such as Batman and Superman but is probably better known for his stand-alone graphic novels From Hell (all about Jack the Ripper), V for Vendetta (you know those Guy Fawkes masks sported by anarchists?), my personal favourite The League of Extraordinary Gentlemen (all of your favourite Victorian heroes and villains in one place), and Watchmen.

There are dozens of ways you can read Watchmen: as an alternative history full of Cold War paranoia, as a subversive tribute to golden-age and silver-age superhero comics, as an enquiry into the dubious psychology of masked vigilantes… check out the Wikipedia page for an enormous amount of theory. But Moore initially devised Watchmen as a mystery:

I suppose I was just thinking, ‘That’d be a good way to start a comic book: have a famous super-hero found dead.’ As the mystery unraveled, we would be led deeper and deeper into the real heart of this super-hero’s world, and show a reality that was very different to the general public image of the super-hero. 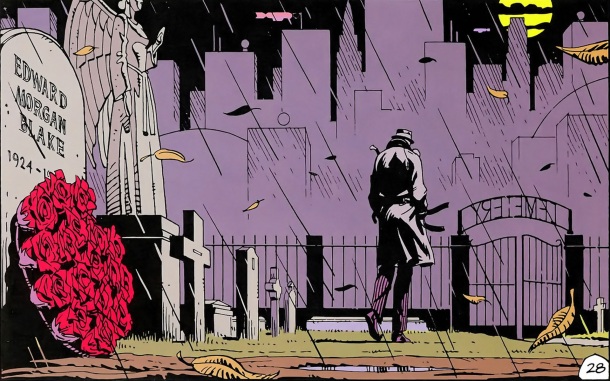 Rorschach is the noirishly paranoid vigilante, living in squalor and with plenty of blood on his hands – a very 80s antihero – who first smells a rat and begins to investigate the death of the Comedian.

Watchmen is set in an alternate reality, where the US won the Viet Nam War but 1985 finds the world teetering on the brink of nuclear war.

The book opens with the death by defenestration of Edward Blake. The two police detectives assigned to his murder are stumped, but the masked vigilante Rorschach picks up the case and soon establishes that Blake is the secret identity of his former crime-fighting colleague the Comedian. Rorschach is as crazy as a bedbug, extremely violent, and uncompromisingly his own man. He rapidly forms the theory that someone is out to kill vigilantes and begins to contact some old friends (and enemies – Rorschach loves contacting old enemies).

Watchmen is structurally very complex and several different narratives can appear in a single spread. The first is the story of the Minutemen, the original group of masked heroes from the 1930s and 40s. Their genesis as a team, their hunger for publicity, and inevitable falling apart are narrated by the Nite Owl in his autobiography Under the Hood.

The second narrative concerns the next generation of heroes. They attempt to team up, but only half-heartedly. Amongst these vigilantes (skilled and powerful, but human), there is one genuine superhuman. Jon Osterman was involved in that classic of the genre – a science experiment gone wrong. When he returned to life as Dr Manhattan, he was a weird blue being capable of perceiving and controlling subatomic particles. For old superhero comics the superpower would have been enough, but Alan Moore follows this to its logical conclusion. Dr Manhattan has become part of the arms race, was a decisive factor in the US victory in Viet Nam, and is the only thing keeping the USSR out of Afghanistan. If he goes, WWIII is inevitable. Unfortunately, Osterman is growing less and less interested in human beings. 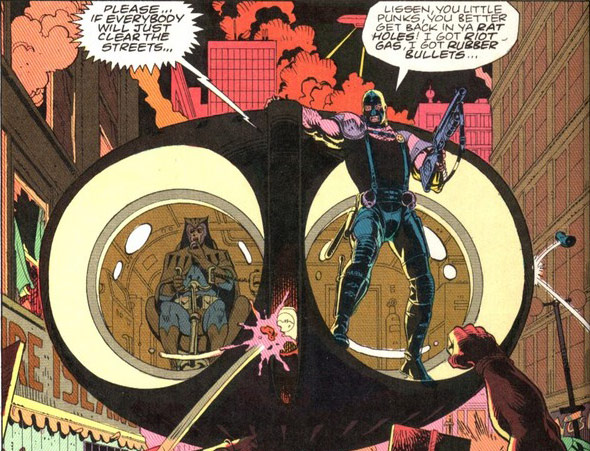 Nite Owl and the Comedian engage with civil unrest in the 70s. Watchmen takes the idea of vigilantism to its logical end, which is often ugly and pretty dubious politically.

Eventually masked heroes are outlawed in 1977. Most retire, and only Rorschach is still fighting crime in 1985. The third narrative thread depicts Rorschach’s investigation into the murder of the Comedian, which sees him uncovering an incredible plot and takes him from New York, to prison, to Antarctica. There is a puzzle at the heart of the story, but even if you work out whodunit, you’re never going to guess why.

The fourth story is a weird and very gory pirate tale taken from a comic in the world of Watchmen, which acts as a counterpoint to the main story. I’ve never quite understood this bit to be honest. 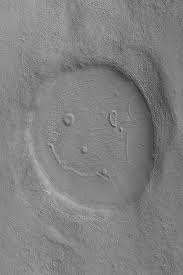 I spot something new every time I read Watchmen. This time round, I discovered that there really is a smiley face on Mars.

If you’ve never read a comic, this is a good one. It’s uncompromising, violent, thought-provoking, sad, darkly funny, and beautiful to look at.