October’s book of the month

Posted on November 6, 2015 by pastoffences

October was a relatively read-y month for me, with six books completed plus a few one-off stories.

Peter Dickinson: A Pride of Heroes
A lion-infested stately home is the venue for a story of suicide, murder, and impersonation. Jimmy Pibble investigates. 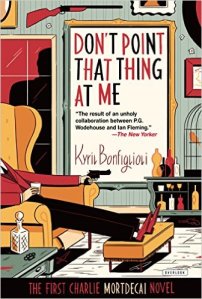 Kyril Bonfiglioli: Don’t Point That Thing at Me
A scurrilous tale in the style of P. G. Wodehouse after a misspent youth and several brandies. Cover of the month, if not book.

Louis Joseph Vance: The Bandbox
A very lively and funny mystery adventure set on an ocean liner, New York, and a lonely island. 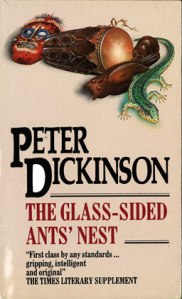 Peter Dickinson: The Glass-Sided Ants’ Nest
A decidedly odd anthropological mystery set in the unlikely surrounds of a London house occupied by a displaced tribe known as the Ku. Book of the month.

Kerrie at Mysteries in Paradise collects together everyone’s favourite reads every month, you can see October’s list here.