Partners in Crime to air in the UK next month 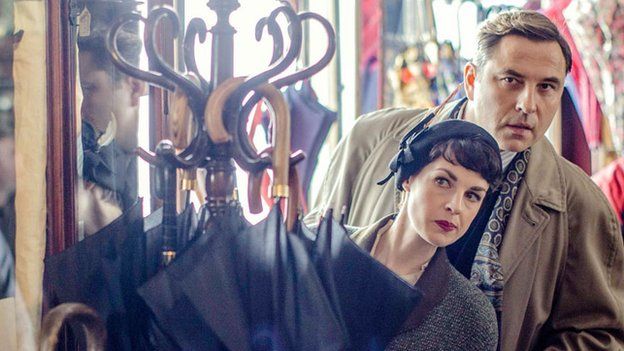 According to the BBC website, Partners in Crime, the new series based on Agatha Christie’s adventurers Tommy and Tuppence, will be screened at the end of July.

Here are the stars on their roles. David Walliams:

These characters have not been done for a while and I thought it would be a good opportunity to do a new version. Something about having a husband and wife detective duo really appealed. I don’t think there’s been one since Hart to Hart.

It’s so nice to play a woman who isn’t put-upon or a victim. I like how front-footed and quick-witted she is. She’s quite funny and intelligent and curious, all these things you want to be in real life.

The series will be based on the first two novels, The Secret Adversary and Partners in Crime.